Your browser is out of date.

You are currently using Internet Explorer 7/8/9, which is not supported by our site. For the best experience, please use one of the latest browsers.

Curtis Philippon joined Certarus as the Vice President Finance & CFO in June 2014 and took over as the President & CEO in November 2016. Curtis has over 15 years of leadership experience in both operational and finance roles. Prior to his appointment at Certarus he was the operational Vice President at Enerflex responsible for the compression rental fleet for Canada & Northern USA. Mr. Philippon spent nine years in senior management roles at Enerflex and its predecessor company Toromont. Mr. Philippon was also a Controller at both Cathedral Energy Services, an international drilling and completion company and International Paper, an international forest products company.

Ms. Brown has spent over 25 years working in the energy industry, where she has held a variety of leadership positions. She is the Founder and Managing Partner of Negocium Group, which provides executive-level consultation in negotiations, strategy, business planning, risk mitigation and management, mergers, acquisitions and divestitures, and portfolio management. Prior to this, she was an Executive Professor at Texas A&M University in the executive MBA program and held various positions with Shell plc, most recently as Business Opportunity Manager of Shell Upstream Americas. Ms. Brown graduated from Northwestern University with a Bachelor of Science in Mechanical Engineering and obtained her Master of Business Administration with a major in Finance from the University of Pennsylvania.

Ms. Grigsby is a professional accountant with more than 30 years of energy and executive management experience. She currently serves as the Secretary of Economic Administration for the State of Oklahoma and prior to this, held the position of Executive Vice President & Chief Financial Officer with Ascent Resources, LLC. During her career, she has held senior leadership positions with several affiliates of American Energy Partners, LP, and Chesapeake Energy Corporation, and was a senior accountant with Deloitte. Ms. Grigsby graduated from Oklahoma State University with a Bachelor of Science in Accounting and received her Master of Business Administration from Oklahoma City University. She maintains Certified Public Accountant and Chartered Global Management Accountant designations.

Ms. Holzhauser is a professional engineer and management professional with more than 35 years’ experience in the petrochemical industry. She joined Chevron Phillips Chemical in 2014, where she served as Vice President of Environment, Health, Safety and Security. Prior to this, she held the position of Operations Director and Vice President, Operations in INEOS Nitriles. Ms. Holzhauser holds a bachelor’s degree in chemical engineering from South Dakota School of Mines and Technology and a master’s degree in business administration from the University of Houston executive program.

Mr. Tetley holds a Bachelor of Law and a Bachelor of Commerce in Finance from the University of Calgary. Mr. Tetley is in the corporate finance and securities group of Burnet, Duckworth & Palmer LLP and has a wide range of experience in corporate governance, equity financings and M&A transaction work. Mr. Tetley is currently the director and/or corporate secretary of a number of issuers and is also a member of a Private Funds Independent Review Committee for Deans Knight Capital Management Ltd.

Ten plus years of experience in the oil and gas finance and investment industry. Mr. Woitas holds an MBA and a Bachelor of Commerce in Finance from the University of Calgary. Mr. Woitas has been a director and partner at Calmar Capital Corp. (an energy focused private equity and merchant banking firm) since December 2010. Prior to joining Calmar, Mr. Woitas spent seven years in the Oil & Gas Investment Banking Group with Tristone Capital Corp. and Macquarie Capital. In addition to being a director and co-founder of Certarus, Mr. Woitas is also on the board of directors of Rolling Hills Energy Ltd. (Chairman), Turnstone Energy Inc. and Mediterra Energy Corp. 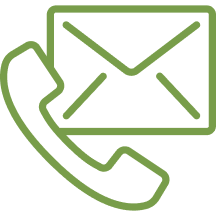 Diversity, Equity & Inclusion
× Give us a call